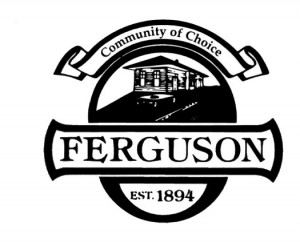 With a population of more than 21,000 the City of Ferguson (“Ferguson”) is one of the larger municipalities in St. Louis County, Missouri and has general fund revenues of about $16 million.

Since its inception in 1894, Ferguson has always relied on a paper-based system for its administration and more specifically with respect to its accounts payable functions. In accordance with the city’s charter, the Director of Finance must review every vendor invoice whether it be for a penny or a million dollars. When looking for ways to improve their AP processes, Ferguson wanted to eliminate paper retention, automate workflows and improve access to information interdepartmentally.

Request your FileNexus demo today.
“I can’t readily quantify the paper and labor cost savings, except that it is the difference between night and day.”
Jeffrey B. Blume, Director of Finance,
The City of Ferguson
After looking at the alternatives, Ferguson determined that the FileNexus® Document Management System was the business solution that would accomplish their goals. Integrated with Harris ERP GEMS, their existing Finance Management System, they now use FileNexus® to manage all vendor invoicing and voucher information. Now, using this new methodology, AP vouchers are automatically electronically routed throughout the organization for review and approval—no paper required.
Once a voucher is approved, FileNexus® connects to the GEMS host system and automatically creates an invoice in the system. No manual intervention is required from the AP clerk; they move directly to creating their check run. In FileNexus, critical information is entered once, eliminating time-consuming duplicate data entry. The Finance department was able to reduce the amount of paper, time and cost of processing their operating and capital expenditures.
“FileNexus® was the best product and the best value.”
Jeffrey B. Blume, Director of Finance,
The City of Ferguson
FileNexus® has also helped Ferguson meet a number of regulatory requirements for document retention and significantly reduced the turnaround time on pulling and referencing reports and payment information.
During their next audit, Ferguson plans to show the auditors how to access their host system, where FileNexus® will immediately deliver the supporting records the auditors require. No photocopies, no missing documents, no running around looking for backup.
Ferguson is required to maintain vendor payment records for three years and by law must retain IRS W-9 Forms for every vendor where they city has paid $500 or more. They currently have boxes of paper dating back 10 or more years. FileNexus® will archive and index all those files on the server, so the paper records will become a thing of the past.
After the implementation of FileNexus®, Mr. Blume says that the turnaround time on pulling and referencing expenditures is now “Seconds.” Prior to the FileNexus® implementation Ferguson maintained multiple copies of invoices in numerous locations.
“I think our application of FileNexus® is a pretty ‘smoking’ application. I’m really proud of it.”
Jeffrey B. Blume, Director of Finance,
The City of Ferguson
Loris Technologies Inc. created the customized workflows and host system integration that Ferguson needed to manage their accounts. Anyone with appropriate security access can now easily retrieve the data they need when they need it, without ever leaving their desk. FileNexus® has provided a flexible document management solution customized to work the way they do.

Although the initial install of FileNexus® addresses specific and immediate needs, Ferguson plans to implement FileNexus® in other departments within the city such as the Police Department, City Licenses, Municipal Courts and HR, among others. For the City Clerk’s Office, FileNexus® will replace an existing system to consolidate multiple resources to one solution. FileNexus® will make it easier to find documents and create automated retention schedules to comply with privacy regulations. In the next fiscal year the Finance Department is looking at using the Web Client so approvals can be made remotely using their iPad.
For more information on the City of Ferguson, please visit www.fergusoncity.com
“Now we have solid, readily accessible documentation on ‘why’ we are doing ‘what’ we are doing. FileNexus® has upped our game in terms of our ability to document the validity of expenditures made by the city.”
Jeffrey B. Blume, Director of Finance,
The City of Ferguson

The FileNexus® Document Management System gives organizations, both large and small, the ability to capture virtually any type of document from any source (i.e. paper records such as maps, drawings, manuals, electronic files such as host generated reports, client statement streams, IVR recordings, etc.), index and compress them for secure archival and future recall—providing a single cohesive repository for all document management, workflow, archival and business continuity needs.